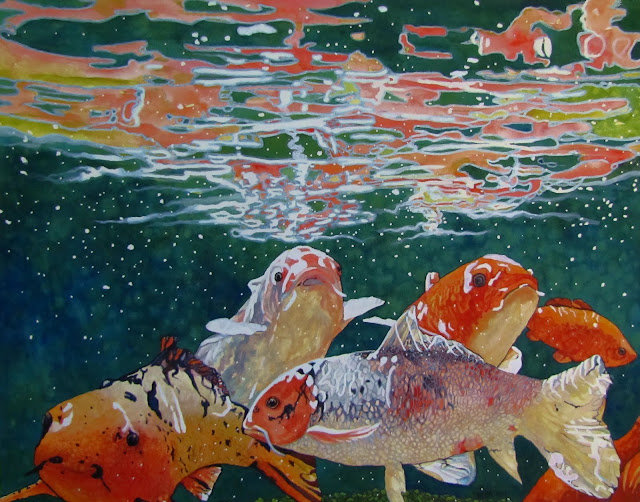 "Orchid" was juried into the fine art show at the San Diego Del Mar Fair and tomorrow evening is the the reception and awards show. Since the early 70s, I've been going to the fair especially to see the fine arts show and I'm so excited to have my first painting be included this year!
Posted by Rhonda Anderson at 2:42 PM

Wow, this is fabulous! I especially love the reflections on the top of the water. Really lovely.